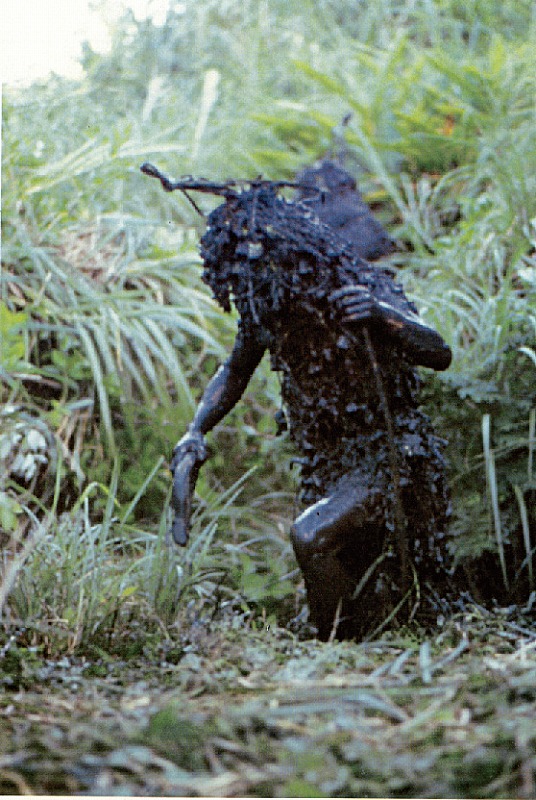 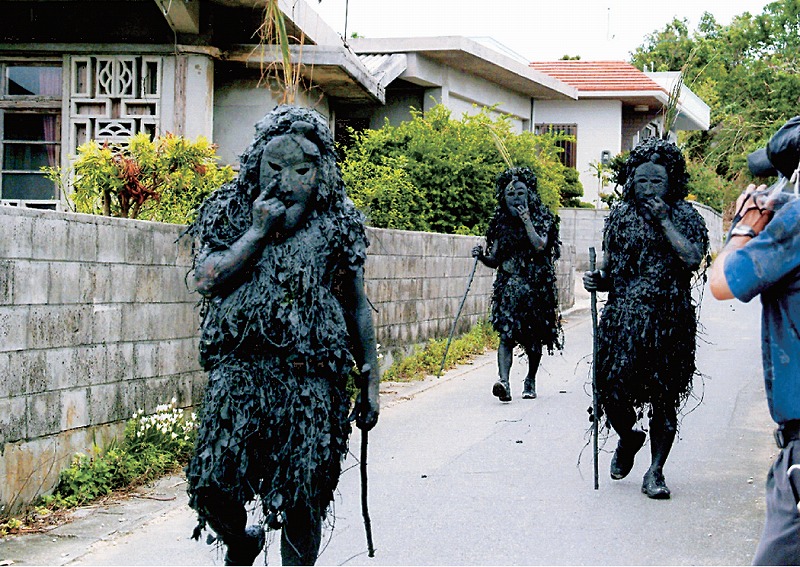 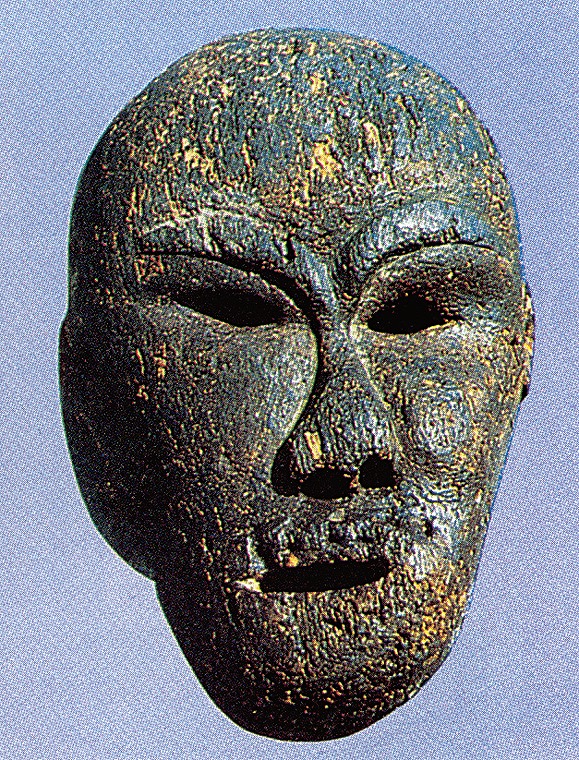 1. The Pantu Satupunaha (wishes for the home village) of Shimajiri, Hirara, takes place three times a year (between the end of March to the beginning of April, end of May to the beginning of June, and at the beginning of September, all according to the lunar calendar), and since the visiting gods, Pantu, appear with masks on at the third event, it is also referred to as Pantu-Punaha. There are three Pantu gods covered in mud and adorned with derris, a type of vine, who first offer prayers at Upattanushiba (a sacred site) to the five women who act as goddesses (Mizumai), and proceed to roam around the community to drive out evil spirits. (Preservation Group: Shimajiri Neighborhood Association)
2. The Pantu event in Nohara, Ueno takes place on the last day of the ox in December of the lunar calendar. Locally, it’s referred to as the Satiparai (Satobarai). The ritual consists of men and women, with the women wearing palms and clematis plants on their heads and waists, carrying branches of Japanese cinnamon in both hands. One of the boys wears a Pantu mask, and the others accompany the god with sounds of small drums and conch shells. After offering prayers at dusk, the group walks within the community in a certain route and drive out eveil spirits. (Preservation Group: Nohara Community Group)